Come the third quarter of 2025, we can expect the TOP of the eagerly-awaited Midtown Modern integrated development. Sitting on the intersection of the Downtown and East-West MRT lines in District 7 beside Bugis Junction, Midtown Modern boasts 558 glorious units of 99 year leasehold apartments, developed jointly by GuocoLand and Hong Leong Group. GuocoLand in particular has established a name for itself in ultra-luxury and sustainable projects. Can also link them to the video that we have shot. 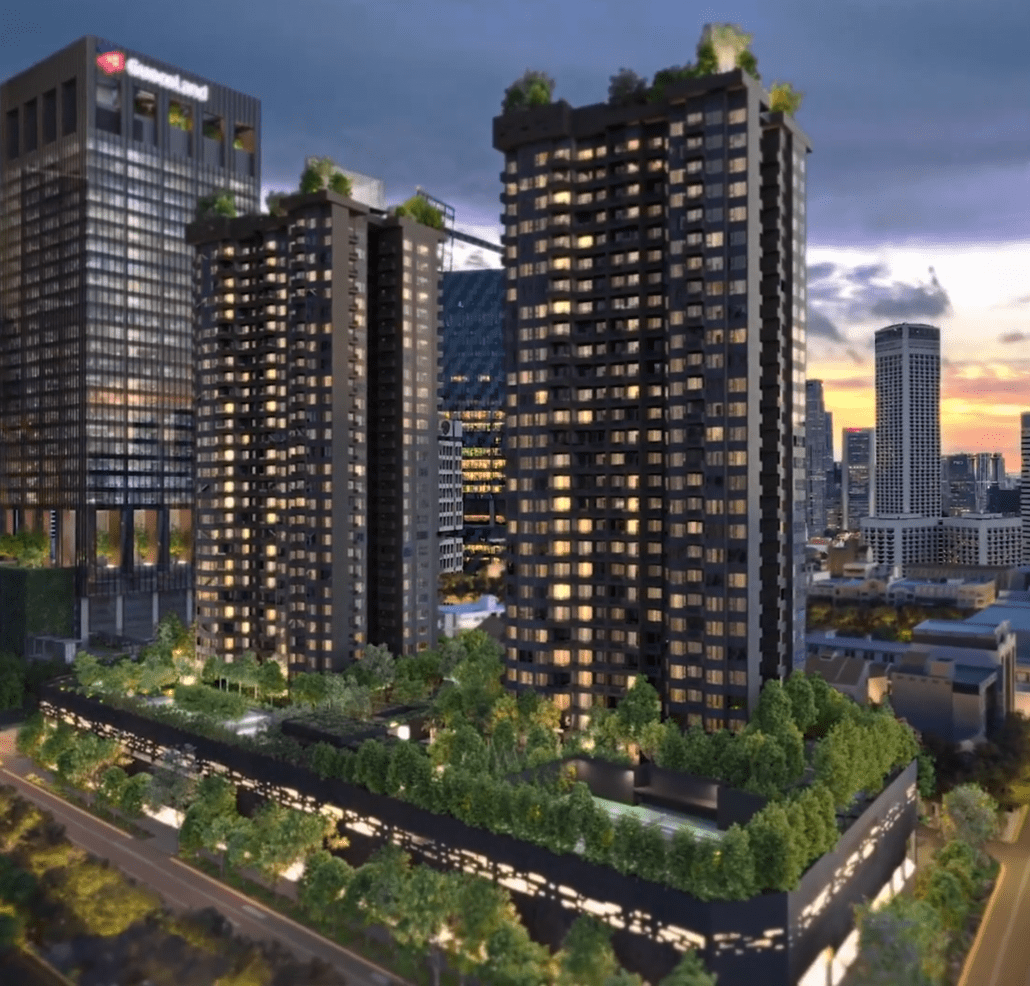 Where is Midtown Modern?

Midtown Modern sits in the Central Business District (CDB) CDB? Long form out all the short forms, part of Guoco Midtown’s 3.2 hectares at the intersections of the City Hall, Marina Bay and Bugis districts. It offers convenient access to Bugis MRT interchange that lies at the intersection of the Downtown and East-West lines. The area also offers ample retail and F&B options, but if not, it’s so well-connected, you’d have easy access to all the best Singapore’s CBD has to offer, whether it is for work or play. The MRT also makes the commute to some of Singapore’s top schools, a breeze for the kids, with schools like ACS, SCGS, NJC, SJI, HCI, etc sitting on the Downtown line.

The location of Midtown Modern in the CBD is an obvious draw for working adults, which can also mean an advantage for buyers looking for an investment or high rental returns. Bigger units will also appeal to dual-income families with kids, who can benefit from easy MRT access for school commutes. 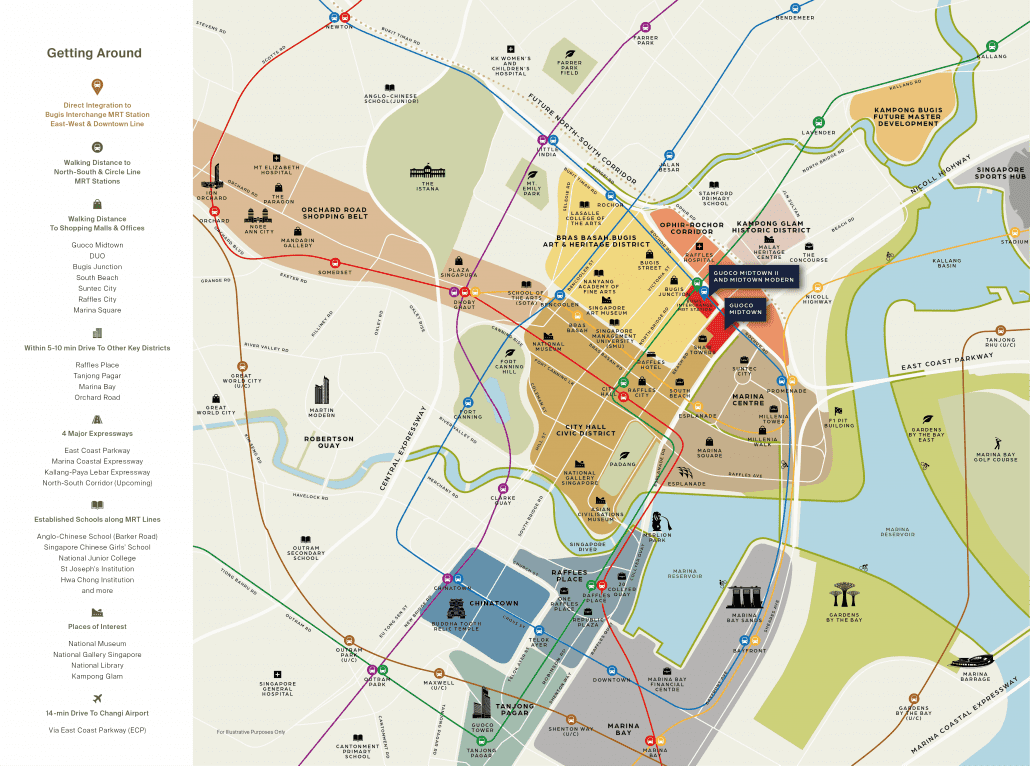 Is the Location of Midtown Modern Good?

We can’t talk about the location of Midtown Modern without mentioning the Beach Road/Ophir-Rochor Corridor rejuvenation project that started in 2015 with South Beach and Duo in 2016. During that time, the area’s total office stock increased 13%. Office rentals in the City Hall/ Marina Centre sub-market jumped 20% and 16% per cent in the Bugis sub-market between the second half of 2017 and the end of 2018.

The residential catchment of the area is expected to increase noticeably, boding well for retail and possibly extending shopping to a seven-day week, as opposed to the CBD core where retail trading is only five days.

As the Beach Road/Ophir-Rochor Corridor continues its journey towards becoming a bona fide work-live-play hub, investors are chomping at the bit to get in on the action before prices rise further. Occupiers meanwhile are also finding it hard to ignore what the area has to offer in terms of lifestyle, entertainment, connectivity, accessibility, facilities and amenities.

Housed in two 30-story towers and also comprising a retail podium, Midtown Modern is the second condo of the 3.2ha Guoco Midtown development project, the latter of which also includes a 30-storey office tower, three retail clusters and a five-storey business and social networking club. All this makes Midtown Modern seemingly the perfect choice for working adults and dual-income families alike, and certainly gives investors looking for high rental yields something to think about.

Above is great stuff 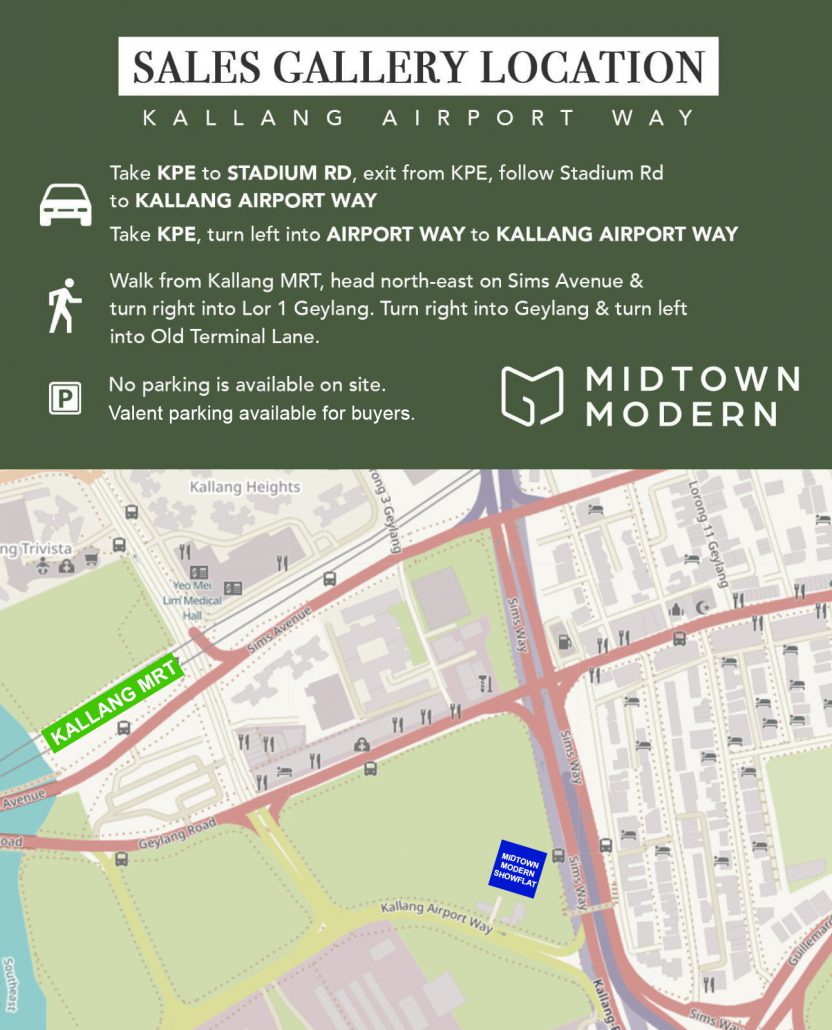 Is there Anything Similar Nearby?

But before launching into that, it may be useful to take a look at other residential projects in the vicinity of Midtown Modern, and in particular Midtown Bay. Midtown Bay, the other condo project that is also part of the larger Guoco Midtown development, is the smaller cousin of Midtown Modern, with just 219 home office concept business home units. As you can see, in contrast with Midtown Modern’s 558 luxury garden homes, the two condos in Midtown are definitely targeting different segments here.

What’s so Special about Midtown Modern?

The developers of Midtown Modern are quick to point out that the pace of city living often means we have little opportunity to commune with Nature. That is why they have conceptualised the development as a botanical resort in the heart of a modern city, designed to be a green sanctuary for both Man and Nature.

With that in mind, the open spaces in Guoco Midtown, 10 plazas and gardens in all, provide a light and airy, yet cozy backdrop for social interactions as well as larger events. Also not forgetting the three retail villages offering shopping, dining and entertainment, Guoco Midtown really does have everything to offer to residents in Midtown Modern and Midtown Bay.

Let’s also not forget the office tower in Midtown offering about 30 storeys of Grade A office spaces totalling 770,000 sq ft, making Midtown the quintessential work-live-play development. Now how many developments can boost all that and unparalleled access to public transport to connect to the rest of Singapore, on top of the full suite of condo facilities like roof gardens, pet corner, bike park, lily pond, tennis courts, jacuzzi, aqua barre, 50m lap pool, library, gym and much more! 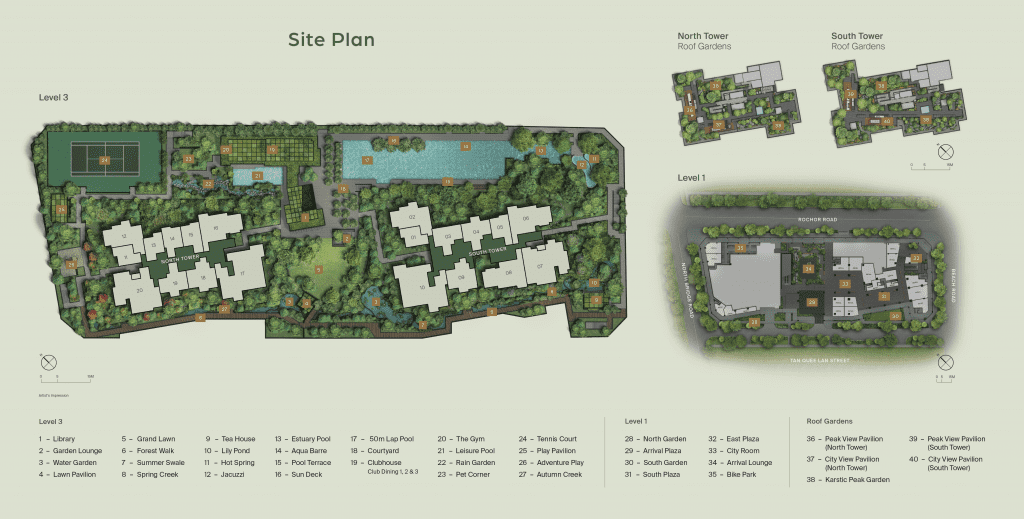 So here’s the lowdown, if there’s just one piece of information you need to bear in mind, it’s that Midtown Bay has been really well-received with almost 100 units sold. 3-Bedders in Duo and South Beach residences are similarly impressive with almost all taken up in both projects. Here can add how many percent is sold till date to prove that it is well received

Given the smaller units of Midtown Bay, if you are really ready to invest in Midtown Modern, you should really be considering the bigger units because let’s face it, how often do you get a 3-bedder in the CBD? Take the 3-bedders at The M for instance. In a project of 522 units, only 17 units were 3-bedders and all have been snatched up. Whether to stay or rent out, the potential is there, especially in light of its location in the CBD. Interest from expats have also been strong and it’s no wonder as well, with its ease of access to amenities and nearby arts and cultural attractions.

Any number to support why big is better?

So by now you’re probably wondering where’s the downside, and you’ll have to look no further than the price. Most of the sales have been for units about 1000 sq ft. and that should set you back at least $2.2m, which is not unreasonable with the prices that similar developments in the area are fetching. 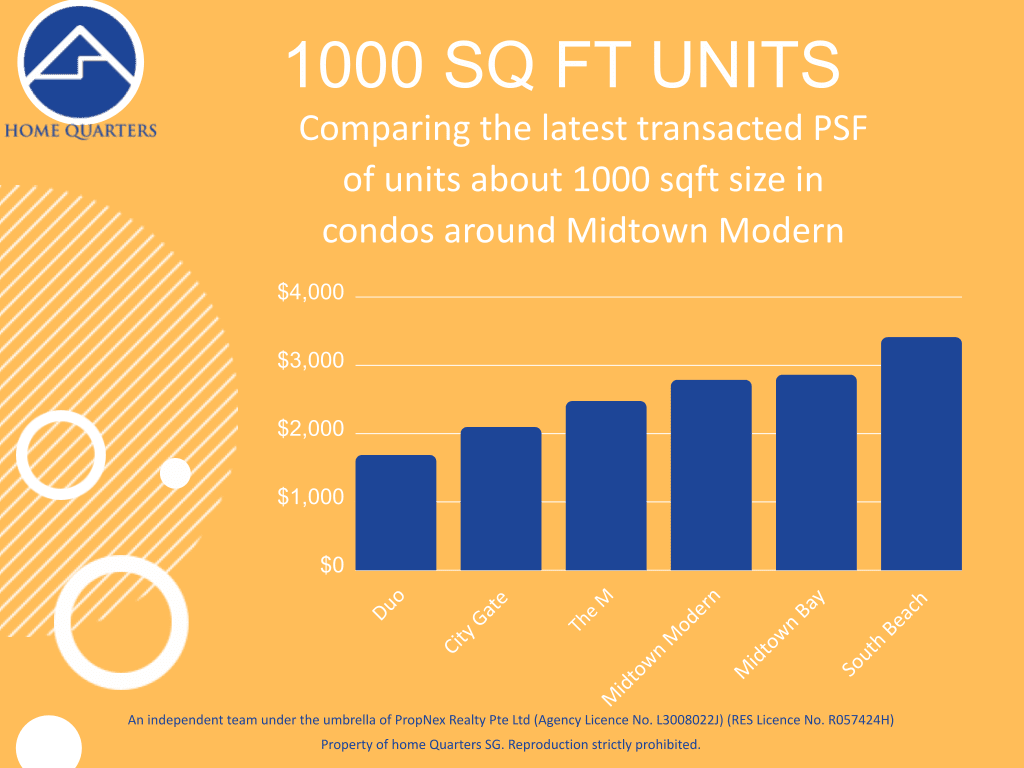 Looking at the similar developments in the area like Duo, City Gate, The M, Midtown Bay and Southbeach, and comparing units of about 1000 sq ft size, we can see that Midtown Modern compares well against Midtown Bay and South Beach. It’s not a surprise that it’s more expensive than older developments like Duo and City Gate, which were completed in 2017 and 2019 respectively.

Of interest is also the highest, latest and 2021 average PSF for all those condos in the vicinity. (Here we are ignoring shoebox unit sales in City Gate of less than 500 sq ft that can throw off the comparison.) What we can see is that we can expect Midtown Modern to perform similarly to Midtown Bay, with the latter generally expected to transact at higher PSFs due to the smaller sized units. 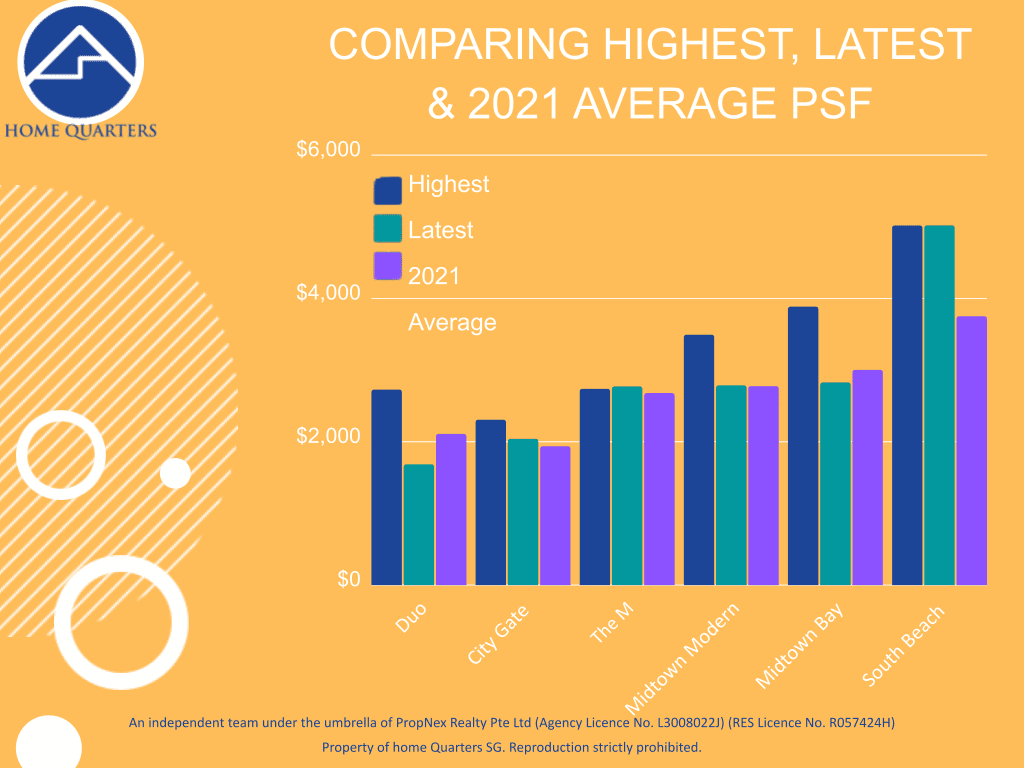 No explaination on the table, what are you trying to say with the data table? Highest price is good maybe another one can be average price in 2021?

If you’re not convinced about the price tag, then perhaps we need to examine some of the older developments in the same vicinity like South Beach and City Gate, to give us a better idea of the longer-term returns. Remember that bigger units will tend to be more difficult to sell due to the larger quantum. The other consideration though, is where exactly in Singapore’s CBD can you expect to find a three or four bedder luxury garden home? This certainly makes the case for Midtown Modern a lot more tempting for occupiers.

So big or small is good? As a reader im getting confused

So it looks like we’ve arrived at the logical conclusion that Midtown Modern is really most attractive for families looking to live in the city, in an unbeatable location for working parents with school-going kids. With the multitude of amenities just a stone’s throw away, it is easy to imagine the attraction of the development to expats living in Singapore as well. 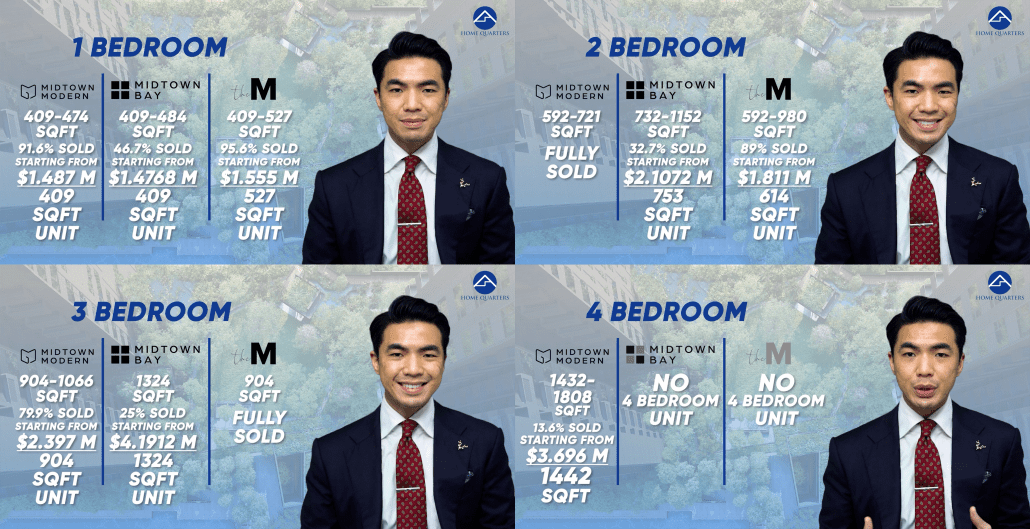 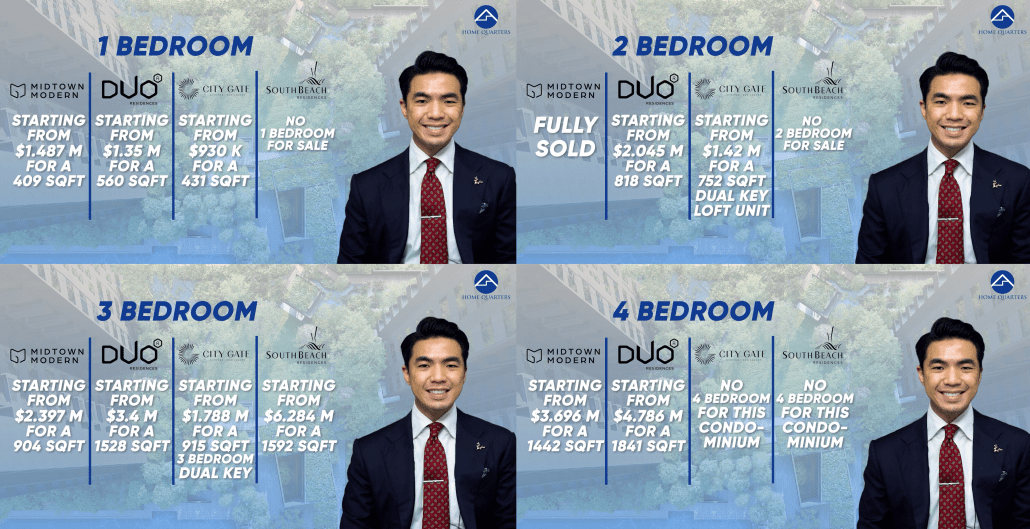 For investor that are looking to exit, we infer that there will be many sellers that are taking the shorter time horizon of 5-7 years to exit the development, we can ride that increase demand then to do so. If not a more conservative medium term of 7-12 years should suffice to yield a good return. While waiting, potentially high rentals can be expected from well-heeled expatriates, with the promise of an easy commute to work and access to the rest of downtown and indeed the rest of Singapore. For own stay buyers, Midtown Modern is a serious contender, whether for singles or families with the amenities and convenience that bugis provides.

Midtown Modern is set to be a landmark of Singapore’s CBD. If you can afford it, Midtown Modern will certainly make a distinctive home for anyone but families in particular will enjoy a unique city lifestyle hitherto almost unheard of in the CBD. With unrivalled access to the best the CBD has to offer in the way of retail, dining and entertainment, it would seem an easy choice, if money was no object, but it rarely is. 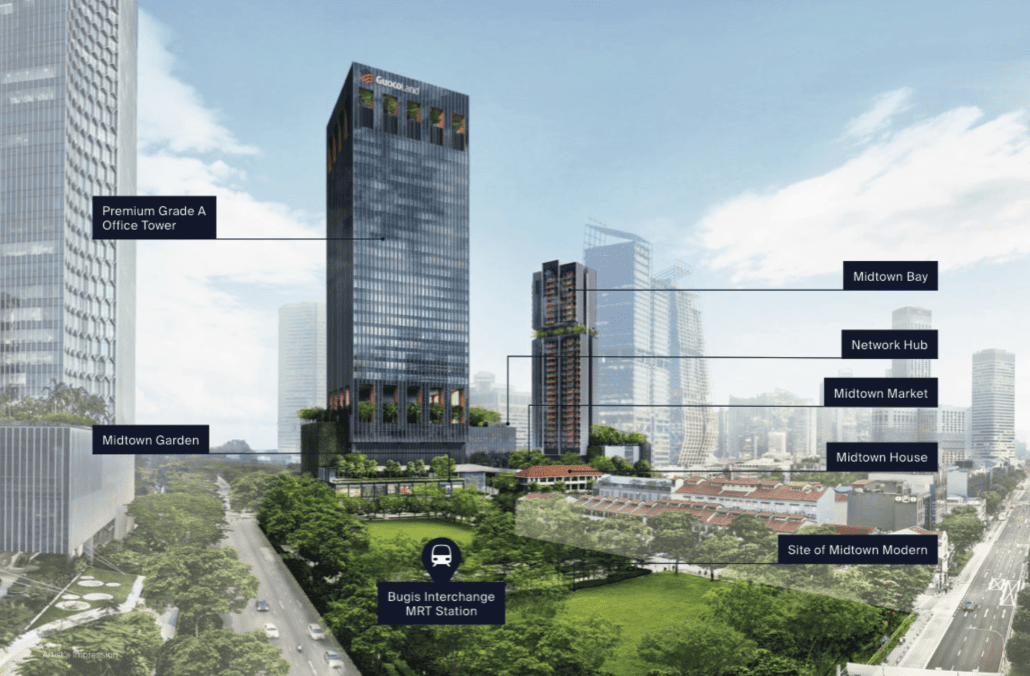 The above is the analysis for Midtown Modern, a mega project in district 7.For more information and advice, just contact Home Quarters by going over to www.homequarters.com.sg or send us an email at homequarterssg@gmail.com or visit our social media on YouTube, Facebook and Instagram or call K.C. Ng at 88092889. Remember, for all your real estate needs, call home quarters and start packing! 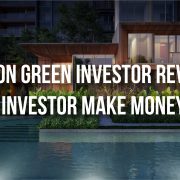 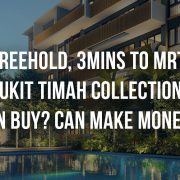 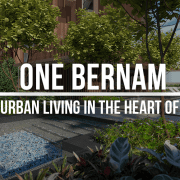 ONE BERNAM REVIEW: LUXURY URBAN LIVING IN THE HEART OF THE CITY 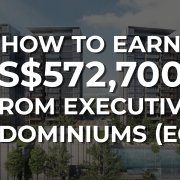 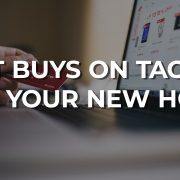 ONE BERNAM REVIEW: LUXURY URBAN LIVING IN THE HEART OF THE CITY
Scroll to top